A healthcare system exists in order to provide diagnosis and treatment of health problems. Definitions as to what constitutes a health problem differ from society to society. Providers of these healthcare services are also designated by the respective societies. They may be dominant or vie with each other for dominance. The vital problems associated with the American  healthcare delivery system include: poor quality of the healthcare provided; inadequate attention to long term care of patients despite the increasing number of old, chronically ill, and disabled Americans; inadequate emphasis on population health through public health programs, lack of access to care, and rising costs. Compared to the German health care delivery system, the American model seems to be more efficient and costly. Germany has no comprehensive health plan. Instead, Germans are either covered with the Heath insurance system or the Social Welfare Program for the unemployed. In 2003, there existed 34 physicians for every 1000 Germans indicating an oversupply. The German government also provides better terms of student loans to medical trainees as well as professional development compared to the US. In Germany, problem-based learning has benefitted students by increasing their competency. Therefore, German patients have shorter waiting times and record higher satisfaction rates than USA. Germans also have freedom of choice of physicians provided 3 months elapses after a change.

In contrast, the US has 27 physicians for every 1000 population. The employers bear most of the cost for ensuring their workers. In 2002, the US paid $5,207 per capita on medical expenditure while Germany paid $2817.

One way of reforming the system is to legislate on setting annual budgets that will restrict reimbursements and limit the oversupply of services especially the elective procedures. Secondly, the patients should be allowed to shop for the best cover that is affordable. Tax subsidies could also be put in place for the low and middle income employers to provide insurance. Funding for the reforms may come from employers. They should be mandated to provide health insurance to their employees, and in the event that they fail to comply, they pay fines. The upper-income American could also be surcharged on income taxes. 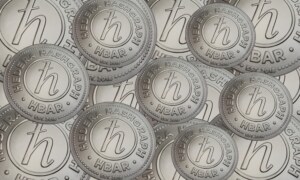